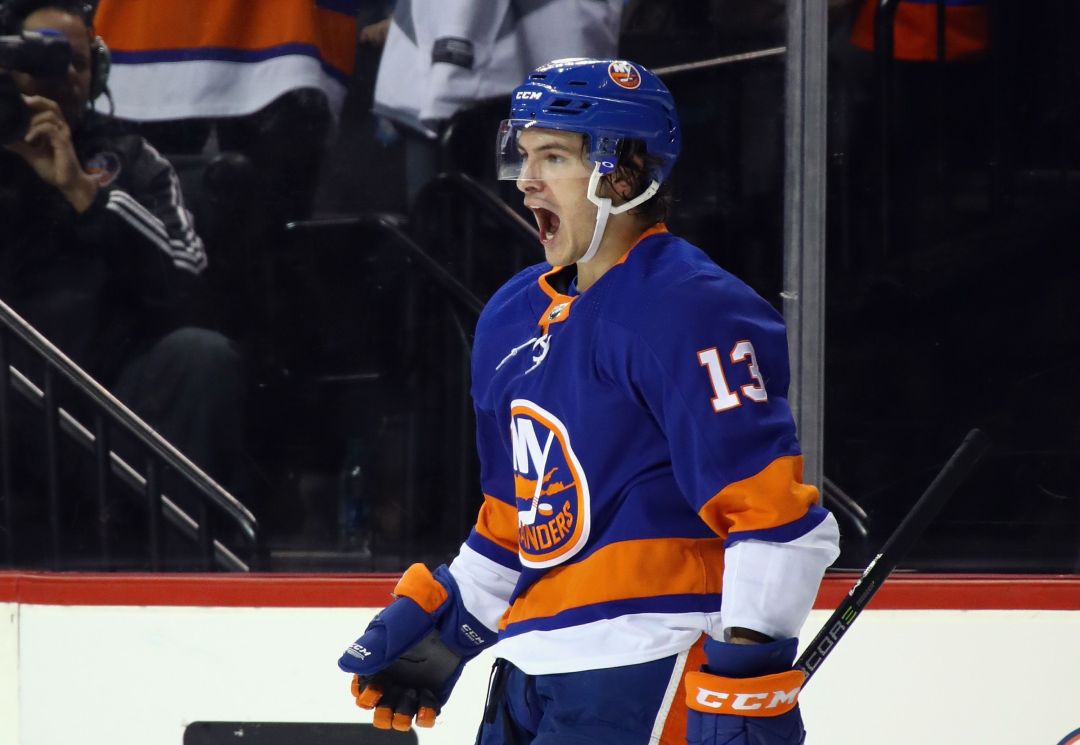 As of 2/16, he has 16 goals and 43 assists. Every time he has the puck, you know something good is going to happen. He is only 21 years of age, so he has plenty of years to help the Islanders with their long journey to the Stanley Cup (or at least the playoffs).He hopefully will win the Calder this year because he has absolutely deserved it. Him and Jordan Eberle have had a ton of chemistry and points on the same line. Fantasy owners, if he’s available in your league, you should take him as soon as you can. He produces many assists and or goals per game, so he is a must-add in all fantasy leagues. Other valuable Isles to claim are Jordan Eberle, Anders Lee, Josh Bailey, and possibly Jaro Halak if he keeps up his amazing playing. Anders Lee is amazing on the power play, standing in front of the net and deflecting pucks past the goalie. Eberle, along with being on a line with Barzal, has a great ability  of getting pucks to the net and usually scoring.

Mat Barzal wants it. We all want it. Have you ever felt this confident in a team before? I know I haven’t
We’re back
This is a team that’s gonna win it all. I can feel it. We can all feel it.
It’s go time.
News drop‼️
Love to see it