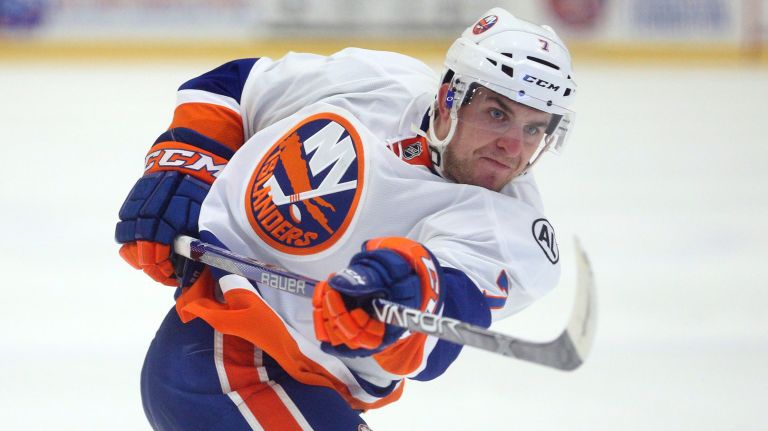 During the late night game in Denver, Thomas Hickey was injured. He did not return and didn’t even play the next game in Arizona. Yesterday, after being evaluated, Hickey was placed on the injured reserve (IR). Sequentially, Lamoriello made the choice of Toews as his replacement. In Bridgeport, Toews put up 5 goals and 14 assists in 24 games. 19 points in 24 games is pretty outstanding for a defenseman. Toews made a strong argument to start the season with the Islanders during his excellent training camp.

In Arizona, Ho-Sang, who was recently called up, scored his first goal of the season from a sharp angle.

Toews plays a similar game to Pulock, who has been the Islanders’ best defenseman thus far. He can move the puck, and he is a very smart player.

The question is- will he play?